Tonsils are structures like glands at the rear side of the throat. They are tissues which are made up of lymphocytes. Usually, tonsils are occupied with crannies and nooks where materials and bacteria along with mucous and dead cells are shut in. A Tonsilloliths or Tonsil Stones happens when the locked in debris calcifies or hardens. Tonsil stones usually happen for individuals who have chronic inflammation of tonsils or usual bouts of tonsillitis.

The amassing of debris and sulfur-producing bacteria in the tonsils leads to a formation of tonsil stones. The debris takes into account mucus from post nasal drip and food bits. All these matters decay at the back of the throat and are gathered in minute crevices called crypts on the tonsil surface. Additional debris is attracted to this area and after gathering it calcifies which develops large yellow and white formations. At times a single large stone would be formed whereas in other cases many small stones may appear. 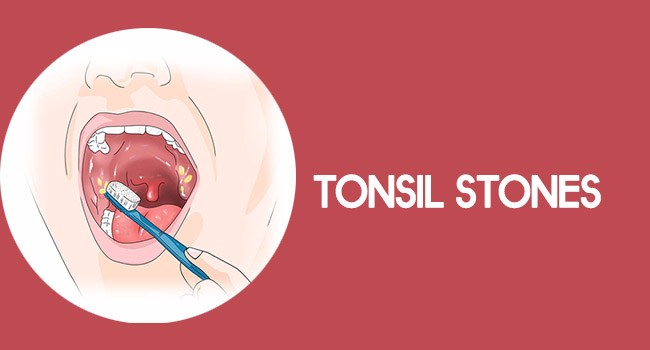 Statistics and Facts about Tonsil Stones:

Does a Tonsil Stone Lead to Cancer?

According to the various studies conducted, tonsil stones are common and not considered as a pathological condition. There are fewer reports about the discussion of tonsil stones as cancer. Tonsil stones possess the same appearance as in malignant growth but are unfounded. They do not actually fall under cancer category. Throat cancers are usually due to enhanced alcohol usage along with human papillomavirus, tobacco usage, diet deficiency of vegetables and fruits. Any category of cancer tumor that is formed in the voice box, tonsils or throat is varied from tonsil stones. A tonsil stone to be a cancer is a misconception.

It is always best to prevent the formation of tonsil stones by following proper dental hygiene, balanced diet and drinking lots of water. Tonsil stones in a case formed can also be removed with many methods.